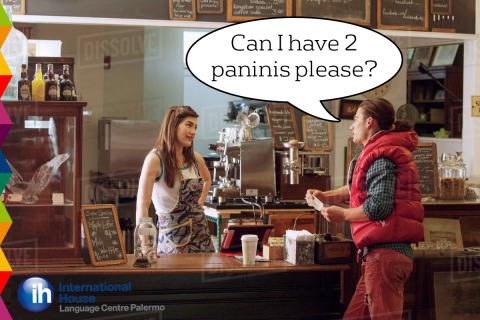 There are many English words that Italians use in everyday language like ‘computer’, ‘sport’, ‘jogging’, ‘selfie’ and many more.

Did you know that there are many Italian words used in English?! And not just the usual ones like pasta, pizza etc. but some other ones that you would not have expected to see!

1 Bravo
We use this word in exactly the same way as you use it in Italian. Like most the words on this list, when it is used it makes you sound like an upper-class member of society. However, there is one big problem when this word is used in English: we say it for both men AND women!

You may also have noticed, that we like to say it twice, with the person’s name in the middle. I don’t know why.

2 Maestro
This word is most commonly used when speaking about classical music. It is not used to talk about normal teachers like in Italy – which unfortunately means that I can’t call myself “an English maestro” in English!

The word is now used to describe an expert in an artistic field and often in sports. We also call Andrea Pirlo ‘the maestro’, or even someone like Roger Federer could be described as a ‘tennis maestro’.

It is a direct translation of the word ‘master’, but saying ‘maestro’ just sounds much cooler!

3 Prima donna
The first thing to note is that in English it is one word. Prima donna becomes primadonna.
Like a lot of words in music, we use have stolen this Italian word and we use it in exactly the same way: to describe the lead female singer in an opera. However, this is NOT the most common use of the word in English. In fact, most English people don’t even know that it’s used to describe a female singer. We usually use it for men that take care of themselves (by using skin creams etc.) a lot and use MORE products that women use!

For example, if a man uses moisturiser, his friends will probably make fun of him and say “you’re such a primadonna!”

4 Al forno
We use many Italian words when talking about food: pasta, pizza, prosciutto just to name a few. We also use the term ‘al forno’, especially when we have ‘pasta al forno’. This is often written on the menu in Italian restaurants, but the funny thing is that nobody has any idea of what ‘al forno’ actually means!

5 Tempo
This is used slightly differently. We don’t use it to talk about the time in normal life, but ONLY about the time in music. It refers to the speed of the music and measures the beats per minute.
We also now use it in sport, especially football to say ‘the speed of the match’. A common thing to say is that Italian football has a slower tempo than English football (but we are still rubbish at football!).

6 Circa
Used in exactly the same way in English as it is in Italian, to mean ‘approximately’. Again, if you use it in English, it makes you seem really intelligent.

However, be careful, as the pronation is completely different. We pronounce it like “serca”.

7 Panini
This is another word we use in a grammatically incorrect way. Like Italian, it means ‘sandwich’ in English, but not a sandwich with normal sliced bread. It is usually a toasted sandwich.
Very strangely the word ‘panino’ doesn’t exist in English. This means that ‘panini’ is the singular and if you want two you must say ‘2 paninis please!’.

9 Paparazzi
Similar to ‘panini’, this is a word we always use in the plural. Although the word ‘paparazzo’ also exists in English, it is almost never used, so we normally say ‘paparazzi’ even for one person. Since the word’s first use in the film La Dolce Vita, its use has decreased in recent years because of the fact that each member of the public is now a ‘paparazzo’ with his / her smartphone!

Conclusion
So, next time when you go to England, you now have 10 words where you don’t need to think of the translation!