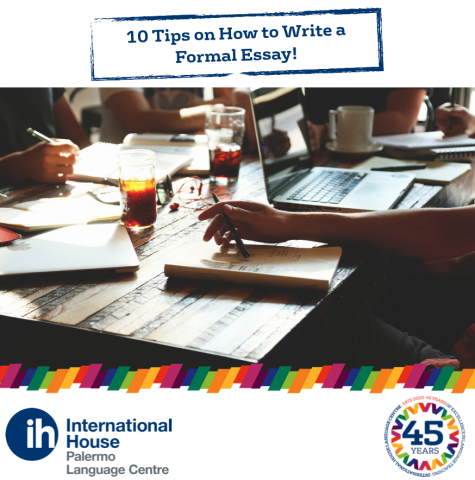 If you are writing an email to your professor, doing an essay in English or a paper for university, you will always be told ‘your writing must be formal’. That seems quite obvious, but the question that directly follows from this is ‘what is formal?’
So we thought we would answer that question for you today with these tips!

Yes, we know there is a contraction in that statement… but this isn’t formal writing! ;)
You may have been taught to use things such as “I don’t like dogs” or “the pen isn’t on the table” in your first lesson, but for formal writing… DON’T use them!
Contractions only came into use because of the fact that when we say “do not” it becomes “don’t”, but this is for speaking NOT writing!
This can be a difficult habit to break, so make sure you check your work after you have finished so that you can remove any contractions you put in by mistake.

3.    Do not ask the reader questions

Do you know understand? Yes? Good.
Asking questions like this in done in SPEECHES to engage the audience. It can also be done in creative writing, but in FORMAL writing, it should be avoided. As we are not trying to engage an audience, just one reader!

This just doesn’t look good. And* there are other words you can use as an easy substitute.
For example, instead of starting a sentence with ‘but’, you could say ‘however’.
If you’re using ‘and’, often you can just join the sentences.
For ‘then’ and ‘also’, you could your ‘furthermore’ (depending on the context)… there’s always a more formal alternative!
*yes that was done on purpose ;)

Ok, this probably doesn’t seem so clear at this point, but so let’s have a look at an example sentence:
“The research from the study is completely wrong”
This is obviously not formal, but why not? The answer of course is that the statement is ‘too strong’. You need to choose your words with more care, so saying something like “the research from the study is often criticised” works much better. It keeps you ‘distant’ from the statement, but still clearly shows what you think.

This may sound like a surprise to you, as phrasal verbs are considered ‘high level vocabulary’ – which is true; however, they are not formal. After the French invasion, many Latin words started entering the English language and phrasal verbs were considered the language of the lower class.
And this (kind of) still exists today, as it is still considered informal to use phrasal verbs in formal writing. For example, instead of saying “they blew up the building”, it would be much more formal to say “they destroyed the building”.

That is a confusing way of saying ‘try to keep your sentences positive’. The reason for this is because it just avoids confusion. Always think about the reader of your work and try and make the reading experience for him / her as easy as possible.
As an example, let’s look at a couple of examples:
“When tourists go to London, they can’t not visit Big Ben” could be said in a much easier way such as “when tourists go to London, they have to visit Big Ben”.
On a more simpler level, even something like “there are not many people who…” could be said as “there are few people who…”, as it just makes it much easier to understand.

In formal writing in English, especially academic writing, you will notice that there are more nouns. This is because ‘less in best’ in writing, so it takes less words to write what you want to say and it makes things clearer.
For example, the sentence “the country would benefit if corporations increase the amount they produce” contains 3 verbs and could be easily replaced with “an increase in corporate productivity would benefit the country” which only contains 1.

If you write, in English, like this, it is, for most people, very, very confusing.
As we said in number 7, think about the ‘reader experience’. If the reader is having difficulty to find the main verb of the sentence, there is a problem. If you are regularly writing sentences that have 4 – 5 commas in it, then there is a problem.
If you look at formal writing, you will notice that the sentences are usually quite short. Make sure yours is that way and the reader will have a better experience when looking at your work!

There is also a problem with sales, despite the attractive low prices, sales are heavily dependent on the season.

There is also a problem with sales. Despite the attractive low prices, sales are heavily dependent on the season.